The Council Tax Thaw is a Missed Opportunity for Change 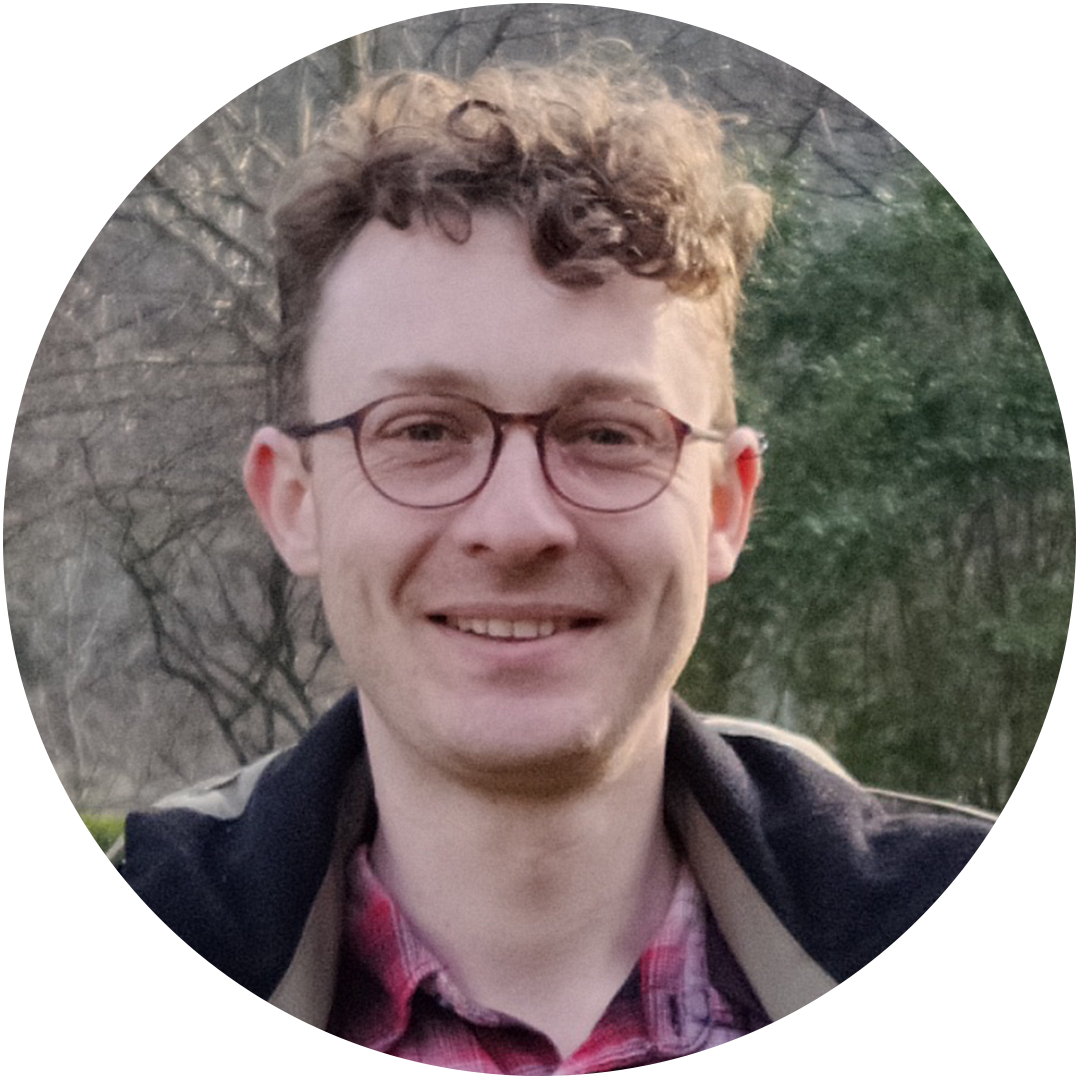 Dr Peter Wood is an Associate Lecturer in Environmental Science, Studies and Management at The Open University in Scotland.

Did anyone vote for ‘the same as England, but less funding’?

Council tax will not be reformed this Parliament, the Scottish Government has announced. Despite 15 years of manifesto promises to replace it with a more progressive alternative, MSPs have been told that reform has been delayed until after the next Holyrood election. Yet Council Tax is widely agreed to be a regressive tax and there is already cross-party support for its replacement, including in the coalition agreement with the Scottish Greens. This short article investigates how we got here: the council tax freeze (2007-16), followed by central government cuts (2016-19). As even SNP council leaders accuse Holyrood of a power grab, perhaps it’s time for a fresh start in local government.

Decisions on council tax are fully devolved to Holyrood, where they are controlled by the Scottish Government. Earlier this month (March 22nd) the Minister for Public Finance, Tom Arthur, announced that promised reforms will be delayed until another round of public engagement has taken place; a ‘citizen’s assembly’. When pressed for a timescale by John Mason, the SNP MSP for Glasgow Shettleston, the Minister revealed that reforms would not be brought in before the end of the current parliament (2026). Stating that further action would wait until after the citizen’s assembly, the Minister declined to confirm whether reforms were expected within 10 years.

Introduced as an emergency, short term replacement for Poll Tax in 1992, the system isn’t working. The amounts charged are based on valuations that are now over 30 years old – even when the property being taxed was built afterwards. It has not kept pace with the cost of living, the growth of house prices, nor the changing geography of our economy. Newly gentrified areas are charged as if they had remained low cost. Areas that were prosperous in the 90s are taxed as if they were still well off, even when jobs and opportunities have moved away.

In this context, replacing council tax is the settled will of the Scottish people. On the one side, the SNP have won government in 2007, 2011, 2016 and 2021 with promises to reform the tax. They established a commission to investigate alternatives in 2014, when in majority government under Alex Salmond, and again in 2016 with the Scottish Land Commission. On the other side, support for change has been offered by Labour, the Greens, and Liberal Democrats throughout Nicola Sturgeon’s leadership. However, the SNP has not taken up these clear offers of cross-party cooperation.

Dodging around the issue has affected local services. From 2007-16 Scottish council tax was frozen. When this ended, Ms Sturgeon celebrated the freeze as an example of Scotland’s low taxes: “Households will also still, on average, pay less than those on equivalent bands in England and less than they would be paying had the council tax freeze not been in place.” So that’s a funding cut.

The thaw in 2016 did see council tax increase by £100m. However, this came alongside an almost 6% reduction in the Scottish Government’s grant to councils. The pattern was then repeated: allowing council tax increases of up to 3% in 2017-18 and 2018-19 was undermined by councils’ (much larger) core grant being cut by 2% in 2017-18, and cut again by almost 1% in 2018-19. The scale of cuts, combined with the absence of a progressive alternative, triggered a Scottish Greens threat to vote down the 2018 Budget if local taxation was not reformed. They described  the SNP as having “squeezed local government harder than UK austerity has cut the national settlement”.

As the Holyrood election approached, it seemed that a thaw was fully underway. From 2019 the Council Tax cap increased to 3% in real terms (after inflation). In terms of total funding raised, the University of Strathclyde calculated in 2019 that the average Band D rate in Scotland was now 28% lower than in England, 21% below the average in Wales, and 14% lower than inflation since the start of the freeze. Closing the tax gap with the rest of the UK would raise between £600-900 million to be spent on essential local services.  The 2019-20 budget saw included the intention to “publish legislation by the end of this Parliament”. Yet by the 2021 election this fundamental reform had still not taken place.

This year all 32 of Scotland’s councils were given full freedom to set their council tax.  However, reception has been frosty as the 2022-23 Holyrood budget also gave them additional spending responsibilities estimated at ‘£371m’ over the finances provided by central government. As Green MSP Ross Greer (Western Scotland) said to the Minister for Public Finance: “We know that we will need to significantly increase tax revenues in order to plug the gap with the shortfall in income tax that has been forecast, alongside the increase in social security spending and, on top of that, the additional spending that we all acknowledge will be required to hit our child poverty and climate targets.” Yet despite these words, the Greens are still supporting the SNP’s government at Holyrood.

Back in local government, all 32 council leaders, including SNP leaders, have united in an unprecedented call for the SNP-Green National Government to reverse local authority finance cuts. Despite being an election year, all but three local authorities have raised their council tax by over 2.5%. In this context, have the national Greens really ‘won’ anything by securing a citizens’ assembly to discuss, and so further delay, the implementation of a reform that has had cross-party and independent expert support for almost 15 years. It makes sense for a party happy to be lobby fodder for SNP voters playing the system, lending the Greens their regional list vote. But how does this stay true to the Greens as the independent Parliamentary wing of the Environmental movement?

The progressive, environmentally-sound, alternative is a tax based on land value – an essential tool for putting empty properties back into use and for discouraging land hoarding. It is also commonly argued that local authorities should have the freedom and responsibility to raise some of their funding. In this context, council tax is an out-of-date and unfair way to plug funding gaps, with lower value properties forced into the largest proportional increases, but councils have no alternative. If more money is to be raised locally, then more fundamental reform is needed.

Rather than wait another ten years, Scotland should start making improvements now. Based on the consensus already established there are clear next steps:

The SNP has now spent 15 years finding reasons to avoid reforming Council Tax. Rather than holding progress hostage and deferring hard decisions, the Scottish Government should use our devolved powers to make improvements today. If radical change needs a stronger mandate, they have until the next election to set out a plan.

2004
SNP leader John Swinney says he will “axe” the council tax. The opposition leader says: “What’s now clear is that the council tax attacks the poorest the most in our society.”
2004
2007
The SNP manifesto pledges to scrap the “unfair council tax” and replace it with a new 3p local income tax.
2007
2009
Plans are dropped by Finance Secretary John Swinney because of a lack of parliamentary support
2009
2011
The SNP manifesto at that year’s election says it will freeze the Council tax, not replace it. The Scottish Green party manifesto says that the party will “introduce a Land Value Tax at just over 3p in the pound to replace Council Tax”
2011
2015
The Scottish Government sets up a Commission on Local Tax Reform which proposes that ratios for upper bands are increased
2015
2016
The SNP manifesto proposes to make the council tax “fairer” by increasing rates for properties in bands E, F, G and H. Again, the Scottish Green party insists real reform is needed. “After 8 years of the council tax freeze there is cross-party agreement that the system is broken. Bold change is needed. It’s time for a fair local tax,” it says
2016
2021
The Scottish Greens repeat their manifesto commitment to replace the Council tax with “a new residential property tax that is related to the actual value rather than outdated valuations.” The SNP mentions the idea of a “citizens assembly” to discuss council tax
2021
2021
The SNP-Green Agreement is signed but does not contain any commitment on Council tax
2021
2022
SNP Minister Tom Arthur tells MSPs that he cannot give a “concrete timescale” for reforming the council tax but that it remains a “key priority” for the Scottish Government. He said: “We recognise that there is a process of legislating and a process of implementation, and that going from where we are now to a fully embedded and operational new system would go beyond the lifetime of this session of Parliament.” John Cullinane, director of public policy at the Chartered Institute of Taxation, said: “The Scottish Government say they are committed to reforming council tax but they certainly seem to be taking the slow road to getting there.”
2022