3 Ways to Fix Scotland – and 1 to Sort Out Indyref 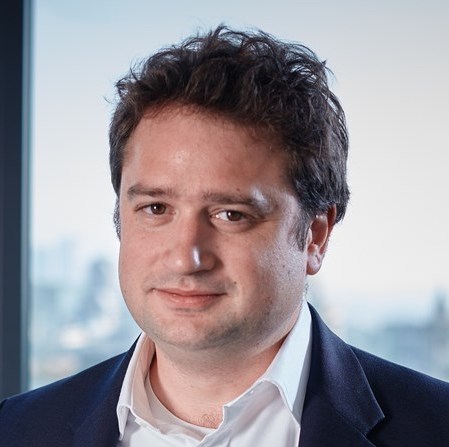 Henry Stannard works for the think tank Our Scottish Future on creating a positive case for devolution and co-operation within the UK.

The promise of what a devolved government within the Union can achieve has always drawn me most to Scottish politics. Scotland is a nation whose core values – solidarity, kindness, industriousness – shine more brightly and more clearly than most other nations in Europe. The powers that the Scottish Government has extend over most of the areas that impact people’s lives the most – total control over Scotland’s health and education systems, serious influence over the economy, and most of all the opportunity to ‘set the tone’ of a nation. And thanks to the Barnett Formula, it has a long-term guaranteed income stream with which to enact its priorities and experiment without being subject to the sometimes harsh judgement of the financial markets on small and indebted economies.

However, it is fair to say that over the last 10 years the dream of devolution – of a nation that consistently shows off to the rest of the UK and the world the benefit of policy-making with socially democratic values at its core – has been a massive disappointment. Comparing how Scotland entered and exited the 2020s, it is clear that devolved politics over the last decade has done little to improve the lives of most Scots: poverty and child poverty rates have risen, Scotland’s relative standing in international education league tables has fallen, the upwards trend in healthy life expectancy has started to reverse, and even notwithstanding the oil price crash economic growth has lagged the rest of the UK.

“Devolved politics over the last decade has done little to improve the lives of most Scots.”

The recovery period of the next year – boosted by the bumper recovery budgets available from HM Treasury and still unspent Barnett consequentials from COVID rescue – gives the Scottish Government a huge opportunity to take a step forwards for the kind of country all Scots want to see: one that provides equal opportunity for all to participate in a growing economy, takes the lead on the green transition and fighting climate change, and gives dignity to its poor and its sick.

Based on the feedback we had from Scotland in a Zoom – our online conversation event with Yes and No voters earlier this year – there is one thing that people overwhelmingly want the Scottish government to focus on: building back a fairer society that seeks to address the rank inequalities in Scottish society made stark by COVID. With this in mind I would have five big policies for the next year.

Male babies born today in the most deprived areas of Scotland can expect 25 fewer years of healthy lives than those born in the least. Similarly, despite being the first minister’s ‘number one priority’ the attainment gap between the most well-off pupils and the least has continued to increase.

This is clearly not the fault of teachers, doctors, nurses and care workers. Fundamentally, hungry and cold children often have more immediate needs to fulfil than learning; and the stresses and working and living conditions of people in poverty have a far more detrimental impact on health than anything doctors might be able to prescribe.

It may sound glib, but in addition to all of the small pots of money going to help public services for people who live in poverty (£215m over the next year, using the benefits system to ensure that there are fewer people living in poverty in Scotland might just be the best and most direct way to close these gaps.

The much trailed (and still not done) doubling of the Child Poverty Payment is a start, but will reduce child poverty only by around 20%. Quadrupling it – at a cost of £300-400m it will almost eliminate it. Similarly, a disability payment – supported by Scottish Labour at the last election – will directly help households that we know are much more likely to live in poverty today.

Although the results will begin to pay for themselves over time, funding this initially will not be straightforward and will likely require confronting one of the sacred cows of Scottish politics – the cult of universalism. As my colleague Ross Newton so eloquently put it, the £300m we spend on free tuition fees (which disproportionately goes to kids from the upper two quintiles of household income) acts as a ‘cap on aspiration’ to the poor. Similarly, universally free personal care for pensioners with fixed incomes and assets is fundamentally unfair on our elderly struggling to get by on a low state pension, spreading the jam thinly and without enough thought to real need. A genuinely progressive society will see the obscenity that is Scotland’s drug death rate and declining healthy life expectancy and re-allocate resources from the rich to the poor to solve it.

Secondly, the Scottish economy can expect at best a bumpy recovery from COVID. Although we are in the midst of a consumer bounce at the moment, the high street is still gearing up for a ropey Q3 and a difficult 2022 when emergency coronavirus loans will need to start being repaid. The real risk is on our young people (including those on furlough), who enter a virtual jobs market that is not ready for them yet and fall prey to a cycle of poorly paid, low security jobs.

At the same time, all of Scotland’s public services – from forestry to oncology – have a huge amount of catching up to do, much of which is admin-heavy. There is not a public institution in Scotland that could not do with an extra pair of willing hands over the next year.

So for a year (initially) we can square the circle. We can offer a temporary job to everybody that wants one on living wage, staffed into the public sector (or potentially paying businesses in key sectors – particularly in the rural economy), with a day a week for training and jobseeking. This will have the impact of both keeping people in work, and raising the standards for everybody by providing a universal ‘floor’ on working conditions and pay.

3. Pool Resources to Invest in the New Economy

Without ever being implemented, the Green New Deal is at risk of becoming passé in British politics. This would be a tragedy. Scotland has a huge proportion of European green energy in its land and off its shores, but most projects barely touch the sides of the economy, with equipment being fabricated elsewhere, put up once, and then maintained rarely.

It is not hard to imagine Scotland’s Green Energy industry – currently no more than land and a few engineers – becoming a lot more than this. But it needs properly channelled investment – both from the public sector directly (in skills and subsidies for new technologies) and in regulating the private sector (through procurement and licensing laws). There is no single body in Scotland with enough capital firepower and remit to do this.

So to get this done we need to wean ourselves off the current ways of doing industrial policy. There have been too many examples of seemingly bottomless pits of money being given away to shady characters purporting to protect heritage industries so that politicians do not have to confront the realities of the 21st Century Global Economy and Environment. Before you even get to ferries and airports, the story of Liberty Steel alone, where the Scottish Government behaved like the marks at a poker table, should be enough alone to have ended many careers. All these projects should be re-assessed and some cancelled.

Similarly a politics that seeks to demonstrate progress by ‘starting a commission’ rather than ‘actually doing anything’ has led to an alphabet soup of overlapping, underpowered, and unproductive Executive Non-Departmental Public Bodies (Quangos in old money), headed by well-paid and well-connected civil servants operating outside of democratic scrutiny. Many of these overlap with UK government bodies – in an area where policy and ambitions are almost entirely aligned, and levers to make improvements are shared. Taking a ‘zero-based’ view to these bodies, merging and closing many down, and finding ways to co-operate more formally with UK institutions could create some serious teams with proper money capable of investing now.

4. And Finally...Enshrine Scotland’s Right to Self-Determination

Finally, it is fair to say that according to most observers precisely none of Scotland’s political discourse for the last 7 years has been driven by the sorts of policy debate that Scotland Can is fostering this week. The constitution, and the ‘will they won’t they’ on referenda and re-referenda  have dominated the agenda. By my count at least two of the parties have gone into the last three general elections and two Scottish elections talking about the constitution first and foremost.

This has led to bad politics and bad government. The Scottish Government has become an insurgent force in its own nation – proclaiming that the problems in Scotland are the responsibility of the UK government whilst refusing to co-operate fully on basic issues such as COVID testing and road-building. On the other hand much of the shrill, negative opposition comes across to average punters as a blaring siren crying wolf.

“The Scottish Government has become an insurgent force in its own nation – proclaiming that the problems in Scotland are the responsibility of the UK government whilst refusing to co-operate fully on basic issues such as COVID testing and road-building.”

It is absolutely right that the future of Scotland as a nation is for the Scottish people and nobody else to decide. But that does not mean that every democratic event should be interpreted through the primary colours of constitutional politics. Similarly, it is entirely wrong that the timing, question, and preliminary requirements of a direct democratic exercise to determine Scotland’s future should be decided solely by the eventual winner of a decade-long electoral wrestling match.

Our Scotland in a Zoom sessions hinted at a definitively Middle Scotland answer to this conundrum. The settled opinion of most of our groups was that a referendum should only happen when a clear majority of Scots say they want one in the next couple of years, and when the key questions from both sides have been answered to the satisfaction of independent experts.

This would have enormous benefits both to committed Nationalists and Unionists – who, freed from the burden of fighting indirectly about whether to have a referendum could go and actually refine their cases and answer the questions that the last process failed to do – and most of all to Middle Scotland, who could finally get a day-to-day politics rooted firmly in delivery.