As with last year, young people across Scotland are once again in uproar over official attempts to manage their education. Reports at the weekend revealed the stories of desperate pupils stressed out by a glut of assessments which are being undertaken in exam conditions, with little time to prepare. When it comes to the disruption caused, it seems the pandemic is having the hardest impact on the youngest.

As they seek to redress this situation, educational leaders and politicians in Scotland have spoken of their desire to help pupils “catch up” (meanwhile, today in England, UK Ministers have promised £1.4bn for tutoring sessions for those who have “fallen behind” with the consideration of additional 30 minutes added to each school day). But while funding has been commendably high at around £200 per pupil, little focus has been placed on the extent to which this ‘catch up’ narrative is doing more harm than good for pupils themselves. Along with the chaos over the assessments, “catching up” –has also included stringent catch up programmes for younger years. Uncertainty and pressure for students has been coupled by unparalleled stress for teachers and assistants…magnified by the different systems being used between institutions. Clearly, we did not heed the warning given by Dr Dan O’Hare in February, about the danger of focusing too heavily on the notion of catch up, which, he stated, ‘heaps huge pressure, and reinforces the idea that children have ‘one shot’ at their education… putting themselves under more pressure to perform academically, in a challenging and unprecedented time.’

To delve further into this ‘post lockdown’ catch up crisis, ScotlandCan orchestrated a panel discussion with five children aged between 12-17 years, facilitated by representatives from the Participation team at ‘Children in Scotland’.

Tired of adults speaking for the children themselves, we asked them what exactly they thought about the way their education has been handled throughout COVID and changes they would like to see as we emerge from this crisis.

The issue of catch up was a recurring theme. The children themselves felt that whilst there needed to be some focus on ‘missed opportunities’ particularly within practical subjects such as the sciences, the idea of catch up itself has been over-emphasised. Coll aged 17, stated ‘the government has over-estimated the progress children make in 3 months in general’ highlighting ‘education in secondary means you get taught content for the exam, which you then cram… it’s not as if we have a holistic learning educational experience’. Nina, aged 16, questioned the need for urgent catch up now in the non-exam years, stating ‘why can’t we allow extra time to go over next year, and focus now on moving forward without having to think about catching up,’ whilst Liam, aged 12, emphasised COVID study support should be seen as optional for all.

Looking forward, there was broad consensus on the need to readjust learning back within the classroom and take key learnings from the blended learning approach used throughout the last two years. In particular – and one perhaps even more critical given current assessment pressures – was an acknowledgement that our education system across Scotland requires recalibrating, to create a system based around actual de facto learning, versus regurgitating content and stringent standards we require being caught up to. On this, Ishan, aged 15, highlighted that a fairer system is required to benefit all learning types, and that ‘we cannot just work to exams – even if this is the system that was used by older generations’.

Post lockdown clearly should be seen as an opportunity – a chance to move away from an education system largely based on ‘one size fits all’ and look towards injecting greater agency, flexibility and choice for our children. Under COVID, students have had to take greater responsibility for their own learning – and we should therefore respect and offer them greater choice and control going forward.

Where to start? Undoing the fallacy of catch up has to be the first priority, and the notion that failing to meet an arbitrary set standard due to unprecedented circumstances requires lengthy additional study. We should be changing the bar, rather than increasing the pressure. Additional support should be tailored, and available to all, whilst ensuring those with particular needs – both educational, social and psychological – receive adequate support. And we should seek to offer greater choice in how students learn – from the ongoing use of technology, to the reconsideration of the value placed on examinations versus general learning and assessment.

If anything, speaking to these children showed this author their resilience. Across two years where they have had to adapt heavily, miss vital social opportunities, and deal with a situation challenging to most adults, the children have persevered – with integrity not seen perhaps since the war generation. We have to give them more credit, offer more support and flexibility, and change this notion of educational catch up into educational recalibration for the future of Scotland. 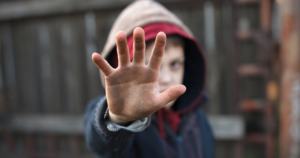 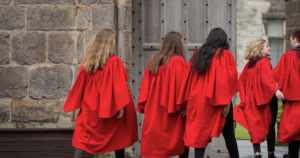 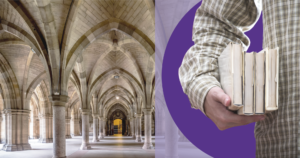 A Government Cap on Aspiration 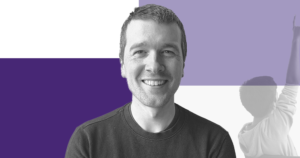