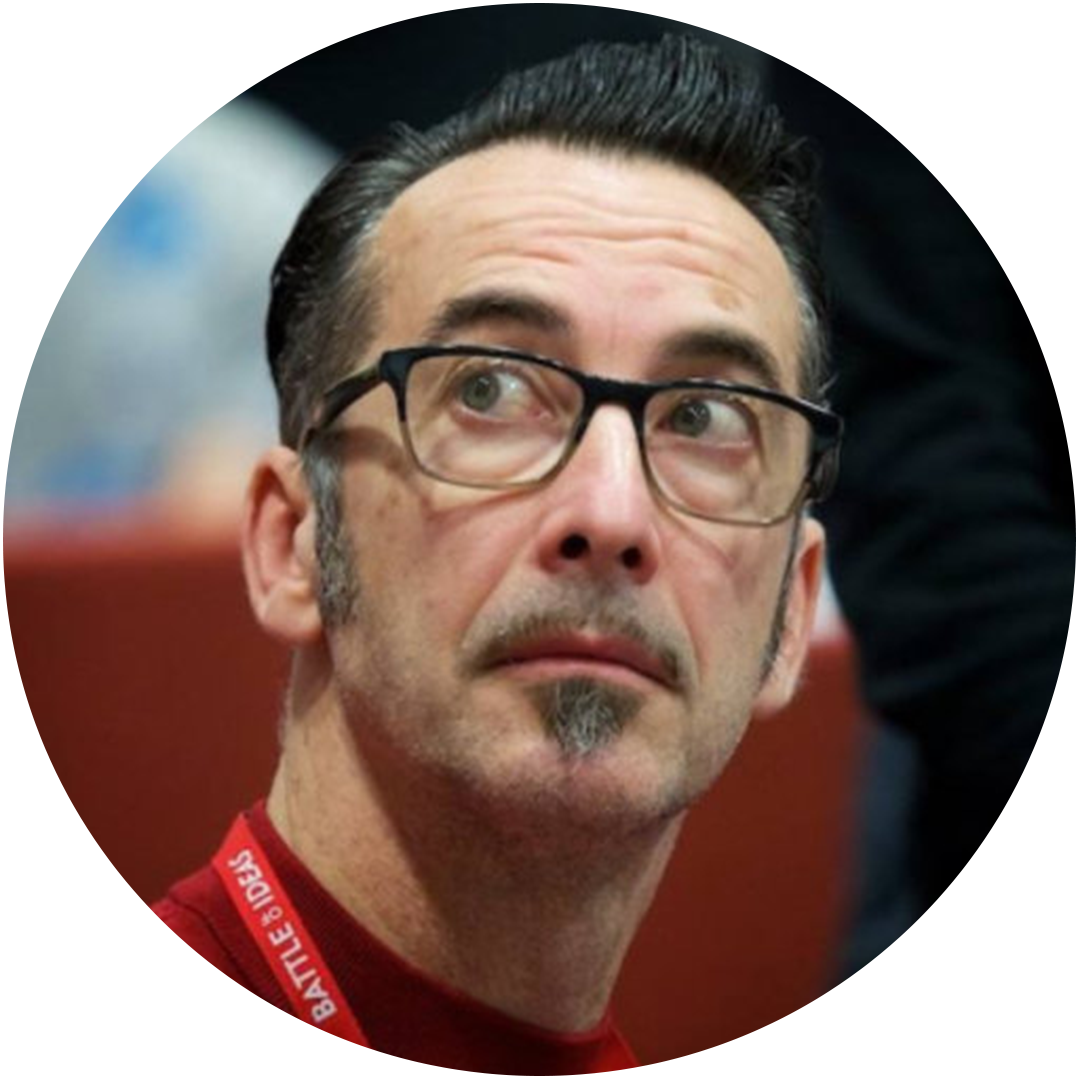 Dr Carlton Brick, is a lecturer in sociology at the School of Education & Social Sciences, University of the West of Scotland. Carlton is an academic, writer and performer.

Since 2008 the Scottish Government has provided free tuition for Scottish domiciled and EU students attending Scottish universities. Speaking at the Battle of Ideas festival in London in October, former Scottish first minister and SNP leader Alex Salmond claimed that the abolition of tuition fees was his greatest achievement. Current first minister, Nicola Sturgeon, has said that ‘The abolition of tuition fees is one of the achievements from the last 20 years that I am most proud of’. In 2015 she announced that education would be her ‘defining priority’ while in office. However, despite being an apparent cornerstone of government policy, 14 years of SNP rule finds Scotland’s Higher Education sector in financial meltdown, with Scottish students paying the heaviest price.

Many so called HE leaders have pointed the finger at Brexit and the Covid-19 pandemic as the source of their economic woes. Such arguments don’t hold water and are little more than an apology for SNP policy. The economic crisis in Scotland’s HE sector is a direct consequence of the SNP’s decision to scrap fees for Scots students.  The no tuition fees policy does not simply require serious reconsideration; it needs to be abolished.

The origins of the current crisis lie in the virtue signalling role played by education in successive devolved administrations. Whilst talked up as a bulwark against the so called neo-liberal valorisation of higher education south of the border by successive devolved administrations, in reality Scottish policy punishes its own young people, and especially those from the most disadvantaged backgrounds.

Under the SNPs watch, the Scottish Funding Council has reduced its grant to the sector by 7% between 2014-15 and 2017-18, by a whopping £91 million. But as Audit Scotland suggests, when taking into account reductions over the past seven years, in real terms Government funding to the Scottish University sector has been reduced by 12%. These figures do not take into account the fact that Government strategic funding has also been cut by 46% in real terms between 2014-15 to 2017-2018 – a total reduction of some £32 million.

These cuts have been exacerbated by the Government’s limiting of ‘free’ places via the imposition of a ‘cap’ to prevent universities relying on government funding in the ‘no fees’ regime. The ‘cap’ requires Scottish universities to limit the number of Scottish domiciles that they can recruit to their undergraduate degrees and was introduced to keep government funding of free places to a minimum. The Government imposes financial penalties upon those universities that do not adhere to the cap.

As a result, more than half of Scottish universities are now in financial deficit. There are of course some notable exceptions. According to Audit Scotland, financial surpluses are disproportionately concentrated in 3 of Scotland’s 4 ‘ancient’, elite universities (Glasgow, Edinburgh and St Andrews). Those in deficit such as the University of the West of Scotland (UWS), are the very institutions now dependent upon recruiting Scottish students. For the academic year 2017-18 UWS had an operating deficit of £3.3 million, a 3% increase on its deficit for the previous academic year. 80% of UWS full time undergraduates are drawn from some of Scotland’s most deprived areas.  Government funding accounts for 56% of Scotland’s non-elite universities’ income – the most significant proportion of this being the SFC ‘funding’ of Scottish domicile and EU places.

Despite this being the era of ‘no tuition fees’, government funded places have become the single largest source of income for most Scottish universities. Scottish Government funded fees for Scottish domiciled and EU students are notoriously inadequate. At £1,820 per academic year, they pale in comparison to the average fees Scottish universities can now charge RUK (£9,250) international students (between £10-26,000 per academic year) undergraduates. The recruitment cap and the enormous income discrepancy between fees implicitly discriminates against those Scottish students the policy purports to be helping, because it both limits the numbers who can get into university, and effectively limits the universities they can actually attend.

Under the current funding regime, Scottish universities are forced to increase income by targeting RUK and international students. It will come as no surprise that the income from RUK students has increased by £68 million (66%) since 2014- 2015. Over the same period income from international students has increased by £148 million (31%) since 2014-15. It will also come as no surprise that it is the elite Scottish universities that have benefited most from this market – accounting for 66% of the overall increase in fee income across the whole sector from the same undergraduate market.

The Scottish Government’s commitment to free tuition requires urgent review as university teaching and research have become subordinate to chasing income from markets that the vast majority of Scottish universities have no real access to. Scotland HE leaders need to start stepping up to the plate. Whilst many university chancellors, vice-chancellors and principles will privately acknowledge the gravity of problem, they seem less inclined to do so in public. Universities Scotland, the representative body of Scotland’s 19 universities, has openly acknowledge that the current funding arrangements are woefully inadequate, yet do little to oppose the SNP’s disastrous policy. It appears that the leaders of Scotland’s universities are more than happy to see Scotland’s students continue to pay the real price for their own sycophantic cowardice.

Deliberately locked out of Scotland’s elite universities, the majority end up either in clearing, or at those very universities whose lack of access to Rest of UK and international markets only exacerbates the already widening inequalities caused by the SNP’s higher education policy. It is testament to the faux nature of the SNP’s apparent egalitarianism that those universities penalised most by the funding gap are those same institutions trying to blaze a trail in trying to widen participation within Scotland. For the academic year 2017-18 the University of the West of Scotland (UWS) had an operating deficit of £3.3 million – a 3% decline on the previous year’s figures. For the same period Saint Andrews and Edinburgh University both had surpluses of £23.5 million and £27.5 million respectively. This inequality makes sense when placed within the context of SNP policy, which effectively functions as a funding cut. 60% of UWS income is generated through Scottish Funding Council (SFC) grants for subsidised student places – the second highest in Scotland. Only 18% of Edinburgh income, and 15% of St Andrews income comes from SFC grants. UWS is the sector leader in widening participation in Scotland, with 80% of its domicile undergraduate full-time intake drawn from Scotland’s most economically deprived areas. This is in itself not that surprising given that its campuses in paisley and Lanarkshire are situated in some of the poorest areas in Scotland. The UWS main campus in Paisley, is but a stone throw from Ferguslie Park, one of the most deprived regions in Europe.

Scotland’s no tuition fees equate to little more than an economic attack upon the majority of Scotland’s universities. Teaching and research have become subordinate to income generation and ‘rationalised efficiencies’. Scottish students are packed into under resourced and failing education facilities and then told they should be grateful for it.

If the Scottish Government really had Scottish student’s interests at heart, they would scrap the no tuition fees policy, and allow Scotland’s universities to compete as equals with other UK universities for students. A direct consequence of this would be that Scottish domicile students would no longer be considered the second-class citizens they are by Scotland’s elite universities and the two-tier system of education that the SNP policy has undoubtably caused would at least have a chance of levelling out.